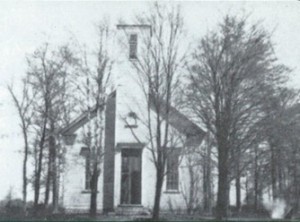 Our church is a successor to the original Baptist and a combination of Methodist and United Brethren Churches. The Pigeon Run Baptist Church was organized in 1812 on the present site, with services held in the grove and five surrounding houses. The Rev. Edward H. Otis was the first licensed preacher in Tuscawaras Township. His father elder Otis organized the Pigeon Run Baptist Church. The church eventually ran out through removals and death.

The Western Conference of Methodist Episcopal Church in Shelby County, Kentucky name the Rev. James Dixon to the Tuscawaras Circuit. In 1816, a society was formed at once upon the arrival of the preacher. A log cabin was built in 1817 and remained until 1840 when a new church was built. The Methodists moved away.

In 1890, the church was named Newcomer Chapel, in honor of Christian Newcomer. It retained the name until 1921, when it was called Pigeon Run United Brethren Church.

In 2001, the congregation voted to reinstate the name, Newcomer’s Chapel of Pigeon Run. In 2009, our church joined with Justus and Beach City United Methodist Churches to become a three-point charge. Later that same year, Brewster and Wilmot United Methodist Churches joined to become a five-point charge. Justus pulled from the charge in 2011 and Wilmot left the charge in 2012. By 2015, the remaining multi-point charge dissolved, with Newcomer’s Chapel becoming a two-point charge with Dundee UMC, only to revert back to single charges two years later. 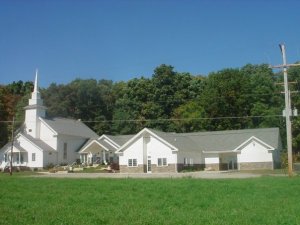 The church structure has taken many changes over the years: in 1958-1959, a full basement for classrooms was added. A complete remodeling of the Sanctuary, with new pews, was made during the years of 1976-1978. A steeple was added to the structure in 1979. In 2002, an upgrade and expansion took place, with a large hall, additional restrooms, two Sunday School rooms, a Pastor’s office and kitchen. 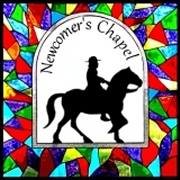 MORE ON CHRISTIAN NEWCOMER (1749-1830): his home was in Hagerstown, Maryland, where he was not only a circuit rider and preacher, but a farmer and family man, with a wife and four children. He traveled extensively establishing United Brethren Churches. He rode on horseback; most of his trips went into Pennsylvania and Ohio. He also made several trips into Indiana and Kentucky and, on a couple of occasions, visited Canada. It is estimated that between the ages of 46 and 81, Newcomer rode approximately 150,000 miles! Newcomer would time his preaching missions to be back in the fields in time for the harvest. In 1813, Newcomer was elected Bishop of the United Brethren Church; he formed annual and general conferences.